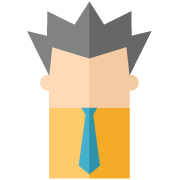 Hello, my name is Walter and although it might sound silly for a grown man to say this, I was afraid of my doctor. I live in a small community in Western Australia with my wife Sheila. For many years, Sheila was always telling me to book an appointment with the doctor for a health check-up. I was worried about the test they would do and didn't want them zapping me with X-rays or sticking needles in my arm. Last year, I overcame my fear and went to the doctor. He was really nice and it wasn't scary. He also helped to treat my sore feet. Since then, I have been reading a lot about medical matters. I decided to start this blog to encourage others to visit their doctors.

A Quick Overview of Everything You Need to Know About Stingers

Sometimes known as 'burners', stingers refer to a nerve pinch injury that is often diagnosed as a spinal injury.

While the terms 'spinal injury' might conjure up ideas of paralysis and other life-changing bodily damage, the truth is that stingers are not a spinal cord injury and are therefore unlikely to prove to be anything other than a temporary source of pain. In fact, most stingers will clear up without any kind of treatment at all.

Be that as it may, it's still vital that you know as much as you can about them and that you have them properly diagnosed.

What is a Stinger?

A stinger usually occurs thanks to an injury to the brachial plexus, a network of nerves between the neck and the shoulder. When the head is pushed either to the side or downwards with force, the nerves of the brachial plexus are pinched together. For this reason, stingers are common among players of contact sports, such as rugby and wrestling. In fact, one study showed that around 65% of surveyed college American football players in the USA had experienced a stinger at some point during their time on the field.

How Does a Stinger Feel?

As suggested by the name itself, the most common symptom of a stinger is a stinging or burning pain that starts at the shoulder and spreads down the arm, often all the way to the hand. The pain can be quite intense, hitting in unexpected bolts. This pain is more likely to be triggered when movements cause the nerves of the brachial plexus to move together. This pain might just last a few seconds, but instances may continue for hours afterwards, or sometimes even days.

However, pain is not the only symptom of a stinger. The fact that the nerves have been pinched together will mean that, at least temporarily, they are not able to function as well. As such, people with stingers often find that the affected arm and hand feels a little weak. Weakness will often be most experienced when the arm is lifted away from the body, when the elbow is bent, or when the hand needs to grip something. Due to the fact that stingers often occur during a sports game, such issues are usually identified quite rapidly.

In some cases, people with stingers may experience a sense of warmth or numbness. Neck pain can also develop, though this is relatively rare.

How Should a Stinger Be Treated?

The same survey that found 65% of surveyed American football players reported having at least one stinger also indicated that 70% of those people never reported the injury to anyone.

In most cases, this will not lead to any problems; the issue will simply sort itself out, and any pain or weakness will pass. However, it's still a good idea to have the issues checked by a medical professional.

They will be able to check the patient's range of motion and muscle strength, letting them know how soon they can safely return to play. Though not common, it is possible that working without waiting the proper amount of time for a full recovery can lead to a chronic condition. Most of the time, the advised treatment will be very easy to handle, consisting mostly of flexibility and strength work.

More importantly, a medical professional will be able to check for other signs of injury that might have occurred at the same time, and they'll be able to keep an eye on the condition. If, for example, symptoms haven't ceased after a few weeks, it might be that the patient is suffering from something more serious, such as a herniated disc.

If you suffer from sports injuries like stingers, it is best to contact a medical professional as soon as possible.